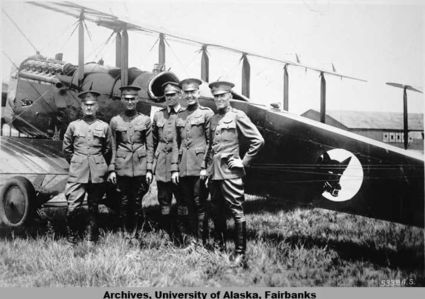 About this time a century ago, eight members of the U.S. Army Air Service reached an important milestone of a long journey. Using DH-4 biplanes, used as bombers during World War I, several members of Black Wolf Squadron were attempting something never done before: To fly from New York City to Nome, Alaska. Their planes were among the first ever seen in Alaskan skies. The entire trip, there and back, was 9,000 miles and 112 hours of flying. On their way, this week 100 years ago, the city of Wrangell was their first stop made within Alaska.

The Nolan Center is hosting a new museum exhibit on...