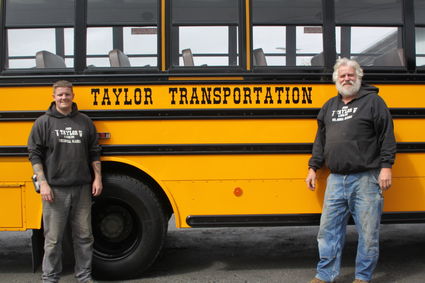 For several years, the Wrangell School District has had its transportation needs met by the Etolin Bus Company. However, earlier this year company owner Greg McCormack announced his plans to retire.

He sold his bus company to John Taylor, who took over the bus company and plans to keep it running. Now under the name Taylor Transportation, the company is preparing to serve the school district in its upcoming school year.

"We bought it the day before COVID," John said, further clarifying that the deal was finalized on March 17.

Zach Taylor said that he and John would be the primary bus drive...