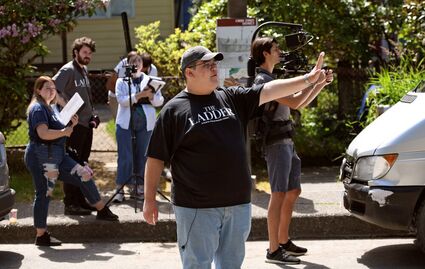 While growing up in the First City, Emilio Torres always knew he was going to make a movie.

A recent graduate of New York University's film school, Torres arrived back in Ketchikan early in July to work with a cast of local actors and friends from film school to bring his debut short film, "The Ladder," to life.

Torres, who moved to Seattle from New York City, described the project as a philosophical sci-fi short film about a fisherman who is confronted with a choice to change his life forever.

Filming took four days in Ketchikan. Torres hopes that he will be able to enter "The Ladder" in...