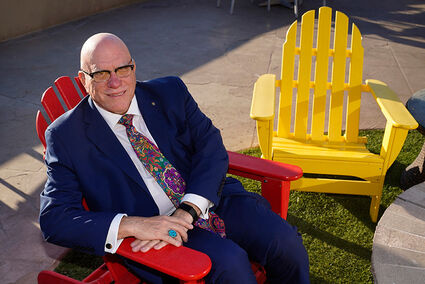 R. Glenn Williamson, Canada's honorary consul for Arizona and founder and CEO of the Canada Arizona Business Council, soaks up the morning sun at the Arizona Biltmore resort in Phoenix last month. Williamson said he's looking forward to the return of Canadian snowbirds to the state now that the U.S. has opened its borders to vaccinated people from other countries.

PHOENIX (AP) - Canadians Ian and Heather Stewart are savoring the idea of leaving behind this winter's subzero temperatures when the U.S. reopens its borders to nonessential land travel this week and they launch a long-delayed drive to their seasonal home in Fort Myers, Florida.

Restrictions imposed by both countries during the coronavirus pandemic and their own concerns kept the retired couple and millions of other Canadians from driving south to warmer climes like Florida, Arizona and Mexico during last year's freezing winter months.