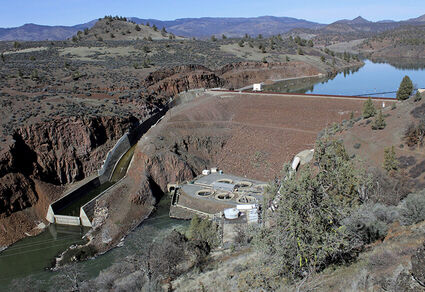 The Iron Gate Dam, powerhouse and spillway on the lower Klamath River near Hornbrook, California, would be one of four hydroelectric power dams to be demolished under a plan developed to help in the preservation and recovery of Klamath River salmon runs.

The issuing of a statement by the Federal Energy Regulatory Commission on Feb. 25 clears a major regulatory hurdle for the project and paves the way for public hearings on the document before a final draft is issued as soon as this summer.