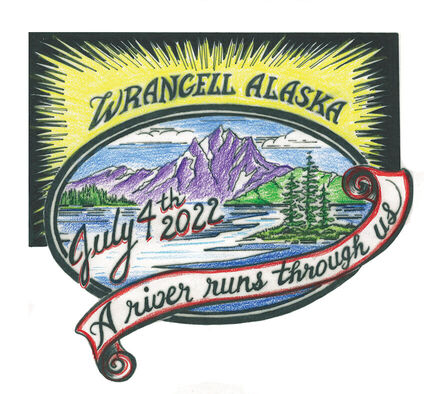 Courtesy of the chamber of commerce

The chamber of commerce selected Kitty Angerman's design for this year's Fourth of July logo art.

When Kitty Angerman caught wind of the chamber of commerce logo design contest for the Fourth of July, she smelled inspiration right away.

That inspiration - the scent of the Stikine River - won her the grand prize of $1,000, and her design will appear on posters, T-shirts, hat, cups and more.

Angerman was the first to submit an entry into the contest, followed by 22 more. Chamber executive director Brittani Robbins said they decided to go with a contest this year rather than pay someone for a design to get the community more involved in the process. The theme of this year's Fourth of July...