Malaspina will have new life as museum, employee housing and classroom 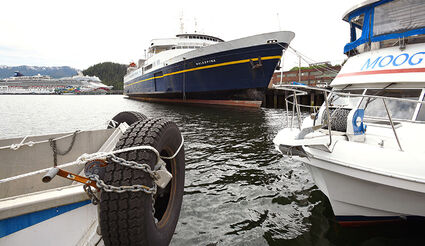 The Malaspina on June 1 changed ownership from the state to a Ketchikan-based business that will use the former state ferry as a museum, but the ship did not move from the Mill at Ward Cove, where it has been tied up since December 2019.

After 56 years of service in the Alaska Marine Highway System fleet and almost three years tied up at a Ketchikan dock, unused and in need of costly repairs, the Malaspina is headed to another career as a privately owned floating museum and employee housing.

Plans also call for using the ship as a classroom for maritime industry jobs.

The state last week accepted $128,250 for the 408-foot-long passenger and vehicle ferry from the recently formed Ketchikan company M/V Malaspina.

The company is a subsidiary of Ward Cove Dock Group, owned by John Binkley, of Fairbanks, and the Spokely family,...