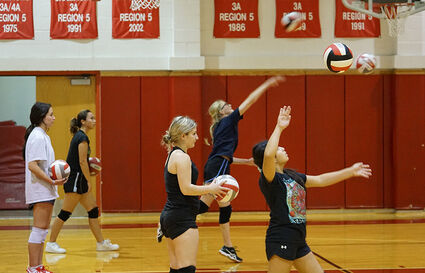 With 14 players on the roster, this season's high school girls volleyball team is one of the largest that Alyssa Allen has led in the four years she's been head coach.

A few key players were lost with this year's graduating class, but she has six returning players to get the squad geared up for the coming months of competition.

Allen has a lot of younger players coming from middle school and a few older players who have either never played or haven't played since middle school.