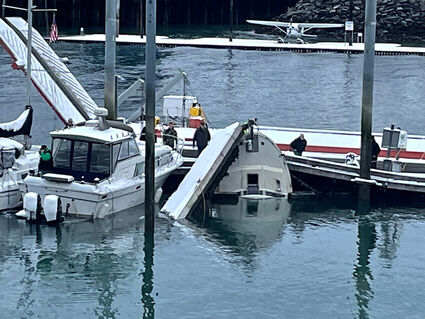 A crew works to raise the TOBICA at the Reliance float after it sunk on Christmas morning.

Christmas morning is supposed to be a time of warmth, cheer and uplifted spirits. Unfortunately, for one Wrangell family, it was a morning where their spirits sank.

Along with their boat.

Benn Curtis, his wife Shirley Wimberley and their son Rolland Wimberley were enjoying the start to their day on Dec. 25 when they discovered their family boat submerged.