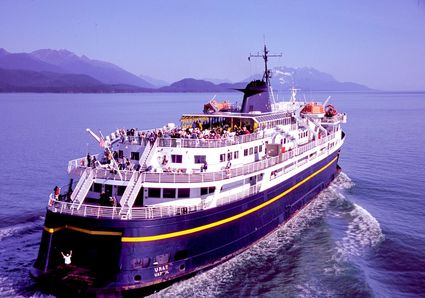 Juneau, Alaska (AP) - A spokesman for a union representing workers for the Alaska ferry system says the union has gone on strike.

Hundreds of ferry workers went on strike Wednesday after failing to reach agreement on a contract with state negotiators.

Robb Arnold, a spokesman for Alaska's Inlandboatmen's Union of the Pacific, said the strike began Wednesday afternoon after a meeting with state officials did not yield an agreement. He said the union remains open to a deal.

"Unfortunately, we had to take this action," he said. Eighty-six percent of the union's membership had earlier authorized a strike, he said.

The state Department of Administration said late Tuesday the sides were at an impasse following the rejection of "numerous fair and fiscally responsible contract offers."

The union represents about 430 workers and is one of three representing Alaska Marine Highway System workers, the department said. Talks between the state and union have gone on for over 2½ years, Administration Commissioner Kelly Tshibaka said.

Matt Shuckerow, a spokesman for Gov. Mike Dunleavy, referred a reporter to the department's Tuesday statement.

three-year agreements. It also cited what it says has been poor treatment by management.

There were other points of disagreement, the department said.

State ferries serve many communities not connected to the road system, running in southeast Alaska, the Gulf of Alaska and along the Aleutian Islands.